New Chair of the Board of Directors

Richard Boggis-Rolfe has been elected the Chair of the Board of Directors of the Athelstan Trust. He replaces Mr David Mitchell who resigned in January. David made an enormous contribution as the founding Chair of the Athelstan Trust and he passes the Trust on in a very strong position. Richard joined the Board of Directors of The Athelstan Trust in May 2017. Richard is Chairman of Odgers Berndtson which is the largest British executive search firm. He was MD of a business in Hong Kong, has served on the boards of public and private companies and charities and has been a school governor. Richard graduated from Trinity College, Cambridge and served in the Coldstream Guards before attending the London Business School as a Sloan Fellow. Richard sits on the advisory Board of the Judge Business School of the University of Cambridge. Richard was Chairman of the National Employers Advisory Board, which advised the Secretary of State for Defence on relationships with civilian employers. Richard lives in Gloucestershire, between Tetbury and Malmesbury. The Athelstan Trust is a Multi-Academy Trust of three secondary schools in Wiltshire and Gloucestershire; Malmesbury School, Bradon Forest School and The Dean Academy in Lydney. We were established in 2015 and we are responsible for the education of nearly three thousand students. The Athelstan Trust aims to achieve the best for, and from, each child. We intend to enable each child to realise his or her full academic, creative and physical potential and to develop positive social and moral values. Trust CEO Tim Gilson says “I am very much looking forward to working with Richard; he brings exceptional business and public service experience to the role and is very committed to ensuring the success of the Trust in raising standards for all our students.” 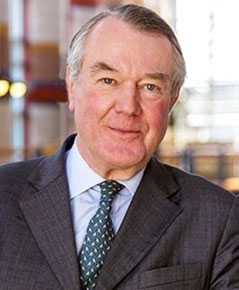 The Athelstan Trust has done wonderful work in its first three years and it is a privilege to be appointed as its Chair.  Nothing is more important than the education of our children and I much look forward to playing a part in the Trust’s vital work.
Richard Boggis-Rolfe
Copyright The Athelstan Trust 2020 | Privacy Policy | Cookies Policy
We use cookies to ensure that we give you the best experience on our website. We store no personal details as a result of your visit. Please confirm you are happy to continue visiting our website, using the 'I Accept' button. I accept